Layla Rose, a 68-year-old divorcee, mother and grandmother who lives in Southern California, isn’t picky. “I like all kinds of men,” she said. “I like young men, I like old men. As long as they have a dick and they can fuck me, they’re in! Usually younger guys come on to me, but they’re sometimes a little apprehensive, but sometimes I take them home and rock their world a little bit. They’ll use all kinds of dumb lines to come on to me, and I’ll say, ‘Cut the shit, honey. Come home with me.’ Older guys are married and try to be discreet but fail miserably. But the bottom line is always, ‘Let’s fuck!'” In this, her third fuck at 60PlusMILFs.com, Layla is with a young guy. Robby’s 31. He fucks her face, and Layla doesn’t back off. She takes that rod down her throat. 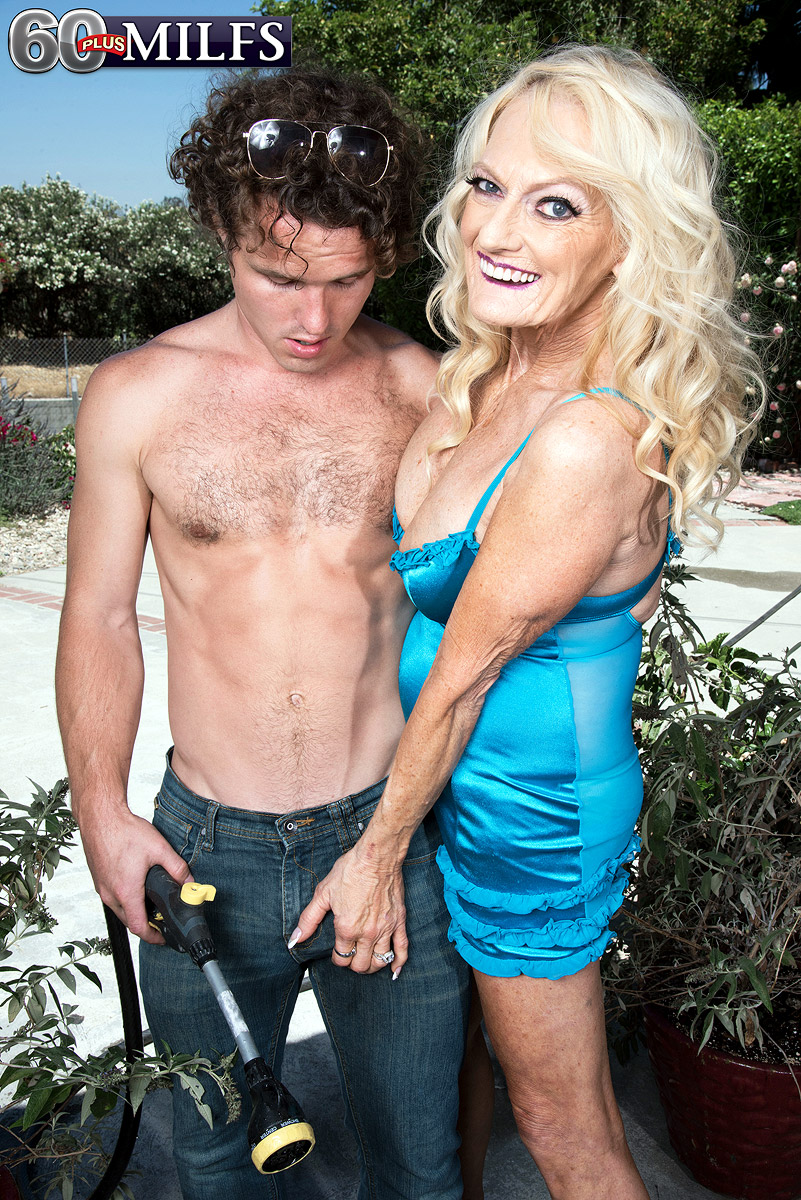